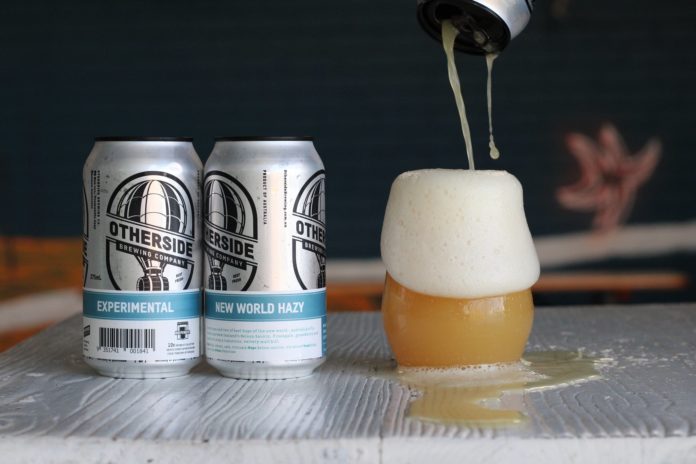 If there’s one thing Perth people love, it’s a good pint. What’s better than a pint? Downing one right where it’s made, at the brewery. With more dine-in breweries in and around the Perth metro area than you can count on all your digits, we’re not short on a place to indulge. Here are 15 of the best Perth breweries.

Tucked away in a semi-industrial, semi-residential area of West Leederville, Nowhereman is quite the find in this odd little pocket of Perth. The neighbourhood brewpub is a short walk from the Leederville train station or a cheap Uber ride from the city. Enjoy the buzzing atmosphere while sipping on any one of the 11 delicious brews on tap, from your standard lager to a deliciously nostalgic pine-lime sour. To keep your stomach happy, get stuck into a delicious pizza or some fairly traditional pub fare.

Beer tanks: Check. Bangin’ beer: Check. Killer kitchen: Check. It’s got all the important markers of a brewery, but Bright Tank Brewing Co is fairly a-typical. Hidden down the back streets of East Perth just a short walk from the Claisebrook station, Bright Tank churns out a brilliant brew but takes a more refined approach to its menu. Sit amongst the tanks and dine on a Thai kangaroo or tofu salad, grilled salmon, or a heavenly baba ganoush, and wash it all down with a crisp lager or peach sour.

Long Neck Brewery is the newest kid on the Swan. Taking up residence in the old Ku De Ta site at Point Frazer, your pint comes served with a side of water views making it easily one of the best Perth Breweries to try.

For the ultimate power move, pull up out front in your boat before disembarking for a dozen oysters and a pint of the brewery’s crisp Pelican Pilsner. If you’ve got little ones in tow, no need to worry – Long Neck like to think of themselves as being quite kid-friendly.

Housed within the Westfield Whiftords City dining and entertainment precinct, Whitfords Brewing Co is the epitome of a friendly neighbourhood brewpub. It’s split over two levels, with views of the ocean from the top level, and a sunny beer garden on the bottom. Pull up a pew in the sun and sip on something from the Beerland core range, dine on a loaded pizza, and catch the footy on the screens dotted around the premises. If you’ve got littlies, the special kid’s menu suggests that they’re more than welcome to come down too.

The sister site of Whitfords Brewing Co, Northbridge Brewing Co brings all that friendly neighbourhood charm to the heart of the city. You can get the same thirst-quenching beers, mouthwatering menu, and hospitality here, with views of the Northbridge Piazza and city skyline in lieu of the ocean.

Just as its name suggests, Maylands’ favourite microbrewery, Seasonal Brewing Co, is dedicated to producing small-batch, seasonal brews. They’ve got five regulars on tap – a lager, pale ale, IPA, gose, and juicy pale ale – and the rest of the taps are on regular rotation. Find yourself a place in the industrial-style brewhouse or in the sun in the courtyard, grab a tasting paddle, and get stuck into one of their homemade ale-braised pies with mash, peas, and gravy.

What started off as a one-off brew for a music festival has now blossomed into a thriving, multi-pronged beer empire for the boys from Otherside Brewing Co. The brainchild of a group of music industry mates, Otherside now have two venues – Otherside Brewery in Myaree and their live music venue, Freo Social – and over 20 different brews to their name. At the Myaree brewhouse, you can expect to find the brewery’s six core beers on tap as well as a host of limited and creative release beers. If you see a limited release on tap, our suggestion is to grab a burger and get into a pint of the release quickly as they don’t hang around for long.

Beer and ocean views go hand in hand to make this one of the best Perth Breweries, and that’s just what you get at Mindarie Marina’s Indian Ocean Brewing. Located right at the edge of the marina, this waterfront brewery has been at it since 2005. Pay them a visit and get stuck into their core range of five beers, or challenge your taste buds with the small-batch brew of the moment. They develop a new, seasonal brew every eight to ten weeks.

Breakfast beers aren’t just a thing you made up, they’re a reality at Blasta Brewing in Burswood. While the brewery is open standard hours for your standard beer and elevated pub grub experience, they also fling their doors open on a Friday, Saturday, and Sunday for breakfast. Get your mouth around a delicious french toast stack or some hot salmon cakes, and fit a cheeky beer in there too if you please. With 8 beers on tap to choose from, there’s something to suit everyone’s taste buds.

Little Creatures is the OG of the brewing game in Perth and is a must on any Perth Breweries list.

There’s literally nothing more iconic than heading down to Freo harbour, devouring a big bowl of chilli mussels in the beer hall, and washing them down with a pint of Rogers. Bring the kids along too – there’s a kids menu and a great big sand pit for them to get busy in.

Name a Perth brewery that has its own island. We’ll go: Little Island Brewing Co. Out in the middle of Elizabeth Quay, the beer garden at Little Island has some of the best views of the quay, South Perth, and the city. Soak it all up with one of their six small-batch beers in hand while the kids run amok on the pirate themed playground. Best you order a pizza from the pizzeria too – they’re pretty special.

The Windsor Hotel has a roommate! Ogdens has been in residence at the popular South Perth pub since 2018, brewing five core beers for punters’ enjoyment. Amongst the five, there’s an ode to the street the pub sits on – a Mends St German altbier. Head on down to enjoy a craft beverage brewed on-site with all the hospitality you know and love from The Windsor.

You’ve got to be quick to get in at Heroes and Villains, with the brewery and taproom open for just four hours both Friday and Saturday afternoons. Pull up to their Osborne Park outlet and sit through a tasting paddle of their core range, before grabbing yourself a growler or 6-pack for takeaway. If you’re keen, you can arrange for a brewery tour to happen too.

There’s nothing that the boys from Running With Thieves don’t do. A brewery, distillery, bar, restaurant, and apparel company, they’ve got their fingers in all the proverbial pies.

Located on the iconic South Beach in Fremantle is where you will find this addition to the best Perth Breweries, this multi-faceted venue is an aesthetic, industrial-style hall in a prime location. Call in to sample their beer and gin, and stay for the seafood driven menu.

Just like the breweries down south, King Road Brewing Co in Oldbury has people head over heels for their spacious setup, Friday night live music, and those all-important family-friendly vibes. A family-run operation, the brewery came from humble beginnings as a small-scale cidery. Now, the team have seven core beers and two core ciders on tap at the main bar, which just so happens to be housed in the farm’s old cowshed. Let the kids run about while you settle in for an afternoon of brews, tunes, and classic pub grub.