19 of The Best Quotes and GIFs from The Castle 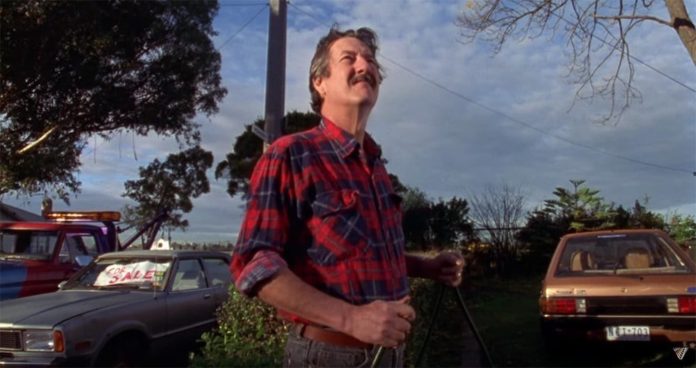 Collection of my top 19 quotes from The Castle (in no particular order) that need to go straight to the pool room.

It’s become an Australian classic and the more you watch it the more you appreciated the quality of humour as the Kerrigan family go up against corporate giants.

Celebrate one of the greatest (the greatest in my mind) Australian movie with 19 of the very best The Castle quotes that will have you in stitches and wanting to watch The Castle again and again.

Darryl: What’ do you call this?
Sal: Chicken.
Darryl: and it’s got something sprinkled on it
Sal: Seasoning
Darryl : Seasoning! Looks like everybody’s kicked a goal.

Opposite of letting down

Steve: Dad, you haven’t let anyone down. I don’t know what the opposite of lettin’ someone down is… but you done the opposite.

Darryl: See that lattice up there?
Valuer: Yeah?
Darryl: Fake. Plastic. Gives the place a Victoriana feel. Chimney. Fake too.
Valuer: Why’s it there?
Darryl: Charm. Adds a bit of charm.

The marvel of electricity

Dale: He reckons powerlines are a reminder of man’s ability to generate electricity.

Federal Court Judge: And what Law are you basing this argument on?
Darryl: The Law of bloody common sense!

Dale: Dad still can’t work out how he got it so cheap. It’s worth almost as much today as when we bought it.

Dale: Steve is also an ideas man. That’s why Dad calls him the Ideas Man. He has lots of ideas.

Darryl: Tell em to get stuffed!

Darryl: What are you calling an eyesore? It’s called a home ya dickhead!

Trace: It was so dry on the plane that your hair actually dehydrates, doesn’t it Con.
Con: Yeah it loses it’s moisture.

Dale: How much is a jousting stick worth Dad?
Daryl: Couldn’t be more than $250. Depending on the condition.

Darryl: How’s the serenity? So much serenity

Fishing with the Kerrigans

Dale: He just loved Bonnie Doon. And he reckoned the faster you went the more you saw of it.

Suffer in your jocks!

Darryl: Suffer in ya jocks

Cost less than the materials

Darryl: 45 bucks. You couldn’t buy the materials for that.

Darryl: It’s not a house it’s a home, a man’s home is his castle.

Australian comedy about a family who happily reside near the busy Melbourne airport. But when the Government and airline authorities attempt to force them to leave their home, the family fight for their right to stay, taking the battle all the way to the High Court.

Become a shareholder in So Media Group

Where to stream The Castle?

Whitfords Nodes Health & Wellbeing Hub Ninja Warrior Course is a first for Perth and the biggest of its kind in the country.