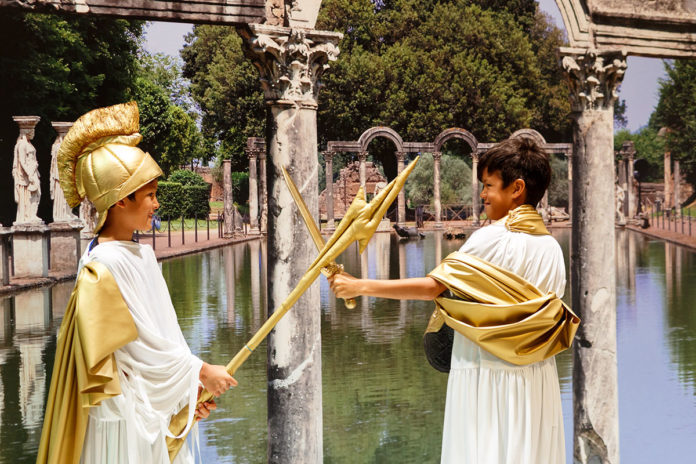 What’s On In Perth – July: 8 Bangin’ Foodie Events to Diarise for July

Transport back in time more than 2,000 years ago.

Ancient Rome was a pivotal time in the western world’s history and perhaps the best way to truly experience its significance is at Ancient Rome: Epic Innovators and Engineers exhibition now open at the WA Maritime Museum until Sunday 26th of April.

“Through meticulously reconstructed technology and machinery, Ancient Rome begins with the victory by Julius Caesar and his army over the Gauls in 52BC. It then charts the transformation of the Roman Republic (509BC – 27BC) into the immense Roman Empire (27BC – AD476),” Mr Coles said.

If it’s weaponry that is of interest, the exhibition also includes a model of an onager (catapult) capable of hurling boulders weighing up to 50 kilograms with a maximum range of 500 meters – imagine that.

It’s important to note that all models are to scale and include aspects of Roman life, engineering instruments used to construct roads and aqueducts, and logistical equipment of war – some of this technology is still in use today.

What also makes the exhibition even more impressive is the amount of research required to bring all the models to life.

“Most Roman technology was constructed from perishable materials such as wood, which often did not survive a period of 2,000 years. In order to reconstruct these instruments and technology, we relied heavily on archaeological expertise and information, and the famous work of first century BC engineer Marcus Vitruvius Pollio, De Architectura,” Mr Rizzo said.

“We also relied on the expertise of craftsmen who were taught their skills exclusively, over many generations.”

Tickets to Ancient Rome: Epic innovators and engineers can be purchased through  museum.wa.gov.au.