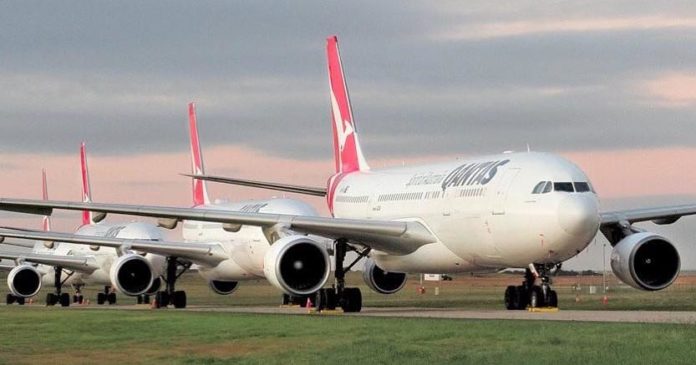 Western Australia gets the cold shoulder from the rest of Australia.

Just like we have seen time and time him again in WA with outbreaks hover east, this time we are the ones shut out as each state and territory move quickly to control WA travellers.

If you had travel planned out of WA this week you might have to reconsider.

Queensland was the first State to move on WA’s outbreak, declaring the Perth metro, Peel and the South West hotspots.

Anyone who has arrived in Queensland from 6pm Sunday will need to isolate for 14 days.

That means people will not be able to enter without an exemption.

Anyone who arrived from the zones between Monday January 25 and 9pm Sunday will need to isolate until they return a negative test.

A plane-load of WA Senators and MPs were in the air when the WA lockdown was revealed.

They have now all been forced into a five day quarantine in Canberra, along with anyone else who arrived since January 25.

The NT declared Perth, Peel and the South West hotspots on Sunday night.

Anyone travelling to the NT from those hotspots will need to quarantine for 14 days – which will cost people about $2,500.

Anyone who has arrived from WA hotspots since January 25 must immediately isolate until they return a negative test.

SA slammed its border shut overnight, after declaring earlier that day it would wait and “monitor the situation”.

No one is allowed to travel into SA unless they have a special reason, like being health worker, a local or being about to relocate to SA.

Those exempted will need to enter 14-day quarantine, along with anyone who has arrived since January 26.

More than 100 passengers who arrived in Hobart from Perth on Sunday were required to immediately isolate.

Tasmania labeled the Perth, Peel and South West regions “high risk areas”, with travel into the Territory from those places now banned.

Anyone with an exemption will need to go into 14 day quarantine.

Those who have arrived since January 25 must get a test and seek advice on isolation from health officials.

Anyone arriving from WA since January 25 must isolate in NSW for five days – the same amount of time as WA’s lockdown.

Everyone flying into NSW from today will need a test within 48 hours before entering the same stay at home order.

Must read: Perth Lockdown – Everything You Need To Know

Stay up to date with the latest Perth news on SoPerth.com.au.