Top Gun Maverick Review: One Of The Best Sequels Ever 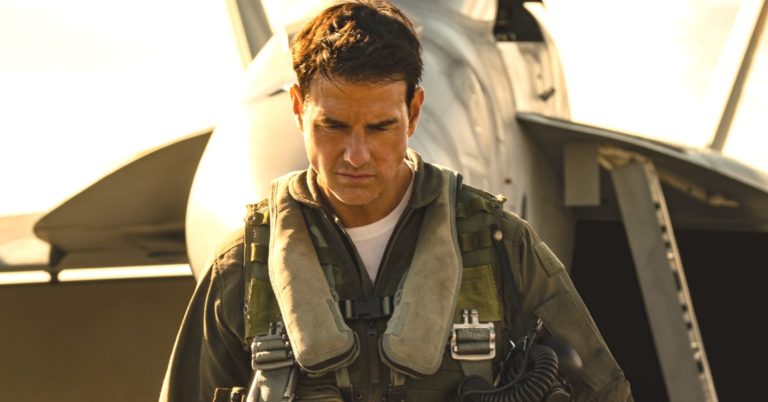 Top Gun Maverick Review: One Of The Best Sequels Ever

If you feel the need … to see a heart-thumping action movie, get yourself to Top Gun Maverick you will not be disappointed.

Since we last saw Pete ‘Maverick’ Mitchell (Tom Cruise) he’s become one of the Navy’s top aviators. We find him flying by the seat of his pants as a courageous test pilot. However his thirty-year history has not been without issues and sadly he’s in trouble, again. This time he’s about to get kicked out of the Navy, for good.

Lucky for him his old mate Iceman (Val Kilmer) hasn’t been so reckless in his career and has progressed to the ultimate position of power. Also lucky for him there’s a major military issue brewing in enemy territory which requires expert flying skills. Obviously, there’s only one man for the job, or is there?

Iceman saves Marverick’s neck by sending him back to the Top Gun academy. There he must teach a group of elite students how to forget what they’ve learnt and fly by instinct alone.

Could a collection of stories paying homage to the original movie make a good sequel? Clearly, the answer is yes, particularly if they’re dispersed within heart-thumping action scenes, and supported by thundering music. The action will have you literally turning in your seat as you try and keep up with the planes. Congratulations to all involved, particularly those responsible for the action sequences.

Also hats off to the casting agent for finding someone who looked like he could actually be the son of Goose. Miles Teller does an excellent job as ‘Rooster’.

Thankfully the references back to the original movie were handled fairly subtly, rather than blatantly in your face. As a result, they leave you with a knowing smile rather than a grimace.

Yes, there was a romantic interest but honestly, I think the movie would have stood us just as well without it.

But mostly well done to Tom Cruise who easily carries off the forty-something Maverick.

All images are supplied by  Paramount Pictures.