It's a Revolution: A review of Perth's Restaurant Revolution

Perth's La Linea is part of the new Restaurant Revolution.

We are well and truly living in a food revolution and it’s fiercely competitive. Meals are more elaborate than ever, desserts far more decadent, and restaurant owners are realising that their customers care just as much about their dining environment as what is on their plate.

Reality TV shows such as Masterchef and My Kitchen Rules have fed our desire to see people take food to new heights and from this Tuesday Channel 7’s Restaurant Revolution will hit our screens.

The show sees teams from five of Australia’s capital cities competing to turn their restaurant vision into a reality.

Perth’s entry into the competition is Spanish restaurant La Linea in Leederville run by WA sisters Carmen and Nicole.

The restaurant, which opened this week, has been temporarily set up inside a number of large shipping containers. While it’s unusual appearance certainly makes a statement on Oxford Street the inside of the restaurant is lovely and quaint.

La Linea is on the small side for a restaurant and has a cosy and intimate feel. The back wall, on first glance, appears to be brick, but amusingly is just a wallpaper — well played.

The decor follows the mantra ‘less is more’ with fake candle light fixtures and a floral wall near the entrance, there’s just enough to create a nice space without going over board.

The largest part of the restaurant has been built using stacked shipping containers, which create a high ceiling and provide a great feeling of space for a small place. 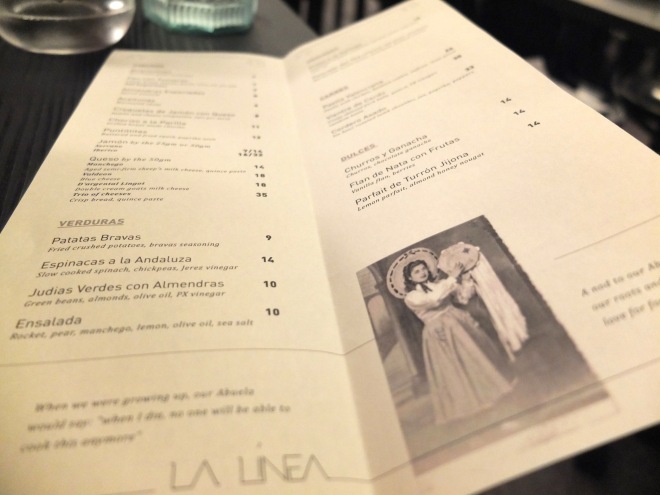 La Linea has a tapas style menu and customers may find they need to ask a few questions of their waiter to decipher it.

The bread was a nice light starter, slightly salty and very well seasoned. The waiter recommended adding the Boquerones (marinated white anchovies) as the saltiness would complete the bread. We didn’t add the anchovies and I feel they may have made the whole meal far too salty.

Cheese lovers would scoff down the croquettes, which quickly sold out on the night and have been a popular menu item all week.

The specialty drink on the menu, the House made Horchata, was the perfect accompanying drink to wash down the appetisers. The Horchata is a traditional Spanish almond cinnamon drink made on the premise. A very time consuming drink to make due to the sifting of the almonds and rice, but well worth the effort from the team at La Linea as this definitely took the cake as my most enjoyable part of the night. Gentle on the palette but with a wonderful zing of cinnamon after every sip.From the Carnes (meats) menu the Paella Valenciana (paella with chicken, Baldivis rabbit, saffron, mojo picon) both looked and tasted amazing with its deep orange colour and mildly spicy flavours

We also ordered the Cordero Asado (six hour roasted lamb shoulder, jus, paprika, peppers). The shoulder was an impressively large piece of meat which fell beautifully off the bone. The jus was the perfect accompaniment and balance of flavours. 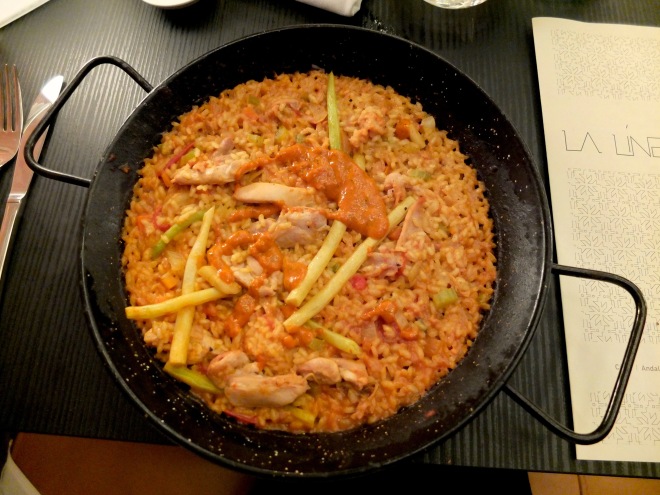 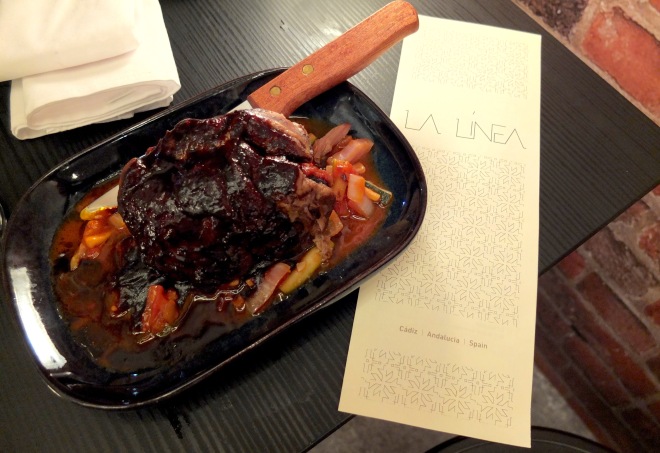 With such reasonably large meat dishes we were feeling quite full, so to finish we shared the Flan de Nata con Frutas (vanilla flan with berries).

For those who like something to finish but without the sickly sweet end of a meal hangover this flan is perfect. Topped with two very sweet pieces of toffeed honeycomb, the flan refreshed the palette with a hint of sugar without the overload I have come to expect from most restaurant desserts.

La Linea is open Wednesday to Sunday for lunch (12-4pm) and Wednesday to Saturday for dinner (6-11pm) at 103 Oxford Street Leederville.

Cheap Flights: Qantas is Flying Perth to Exmouth for Less

13 Of The Best Airbnb Stays You Have To Experience in...