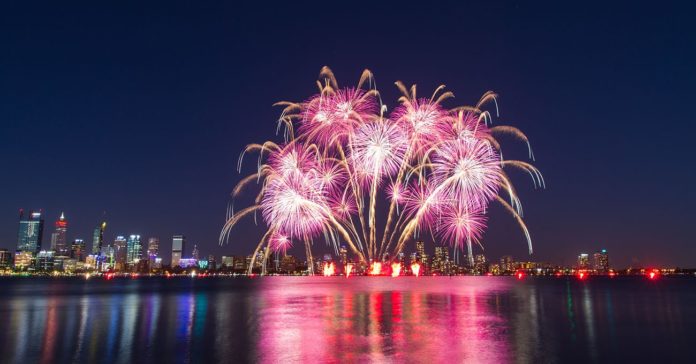 After initially being approved, Perth Skyworks 2021 has now been cancelled.

In late June it was confirmed that the Perth Skyworks for 2021 would go ahead following the backing of Mark McGowan and the City of Perth.

However, with the easing of WA’s Border the 250,000+ event has been deemed a too greater risk by the Chief Health Officer recommending to the Premier that Skyworks 2021 not proceed on public health grounds.

The Lord Mayor Basil Zempilas said that while this will be disappointing news for all West Australians, proceeding with Skyworks was always subject to the State Government’s COVID-19 roadmap and the subsequent restrictions.

“The advice from the Chief Health Officer is that proceeding with Skyworks in 2021 presents too great a risk to community safety.” Lord Mayor Zempilas said.

“We’re disappointed there’ll be no fireworks, but the City of Perth will still be the home of next year’s Australia Day celebrations in WA.”

The revised Australia Day program of family activities, music, entertainment and events across the City of Perth are already being planned and will be tabled at the next Ordinary Council Meeting on 24 November 2020.

This will be only the second time the event has been cancelled with the first time coming in 2017 after a tragic plane crash on the Swan River.

As of midnight 14th of November, WA has eased its borders allowing travellers from South Australia, Queensland, Australian Capital Territory, Northern Territory and Tasmania can enter without quarantine – though individuals will be subject to declarations, temperature tests and possible COVID-19 testing.

Stay up to date with more Perth news on SoPerth.com.au.