Labor Leader Anthony Albanese Gets COVID-19 – So What Now? 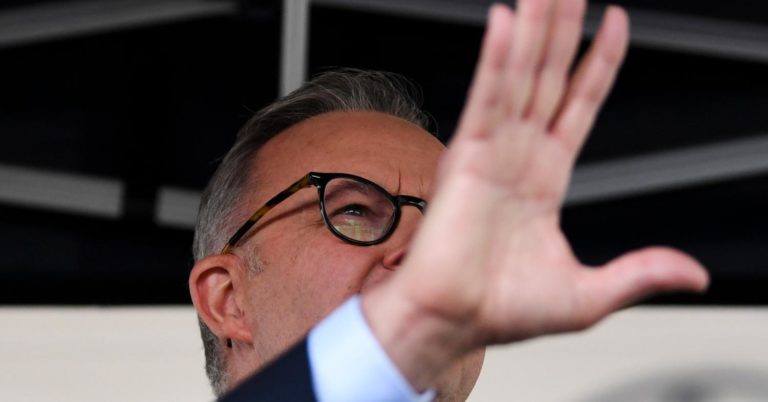 Labor Leader Anthony Albanese Gets COVID-19 – So What Now?

Albo gets COVID, so what now?

The Labor leader tested positive for the COVID on Thursday, not even two weeks into the Federal Election campaign.

After more than two years of COVID-19 being in Australia, it hit the opposition leader.

Anthony Albanese has been campaigning across the country, shaking hands and Blues Fest, surrounded by workers in Queensland and of course being surrounded at all times by the press.

So, as was kind of expected, he just caught COVID-19.

When did he get it and how?

There are plenty of places he could have picked it up. Blues Fest was something of a COVID cluster, and though it happened almost a week back it’s more than possible Albanese picked it up there.

Then there was the debate on Wednesday night, which is probably a bit too recent, but still saw Albanese shaking hands and getting up close and personal with voters.

The leader has been testing daily and it was during one of those tests, taken on Thursday afternoon, that he found he was positive.

“Following a routine PCR test this afternoon ahead of interstate travel to Western Australia, I have returned a positive result for COVID this evening,” he revealed over Twitter.

“I will be isolating at home in Sydney for the next 7-days and will continue to follow health guidelines and advice.

“While at home I will continue my responsibilities as alternative Prime Minister and will be fighting for a better future for all Australian.”

While he said he was feeling fine on Thursday night, Albanese developed a croaky throat the next day.

Given he’s triple vaccinated, the symptoms aren’t expected to be too bad.

However, omicron has knocked a lot of people for six, including members of Albanese’s team like Tony Burke who was out of action for more than a week.

So we’ll have to see how the Labor leader fares.

The timing isn’t great, but it isn’t the worst.

Albanese will come back about halfway into the whole campaign, with three weeks to still hit the streets hard and make his pitch for Prime Minister.

In the meantime, he’s isolating for seven days in Sydney.

Albanese was already a bit of an unknown character, so being out of action and not meeting people and letting voters know who he is isn’t great.

Also, as much as it’s awesome to have such strong performers like Clare and Plibersek, there’s already concern they’ll outshine him.

Clare held a press conference on Friday morning to fill in for Albo, with journalists asking him directly if he wasn’t a better fit as leader.