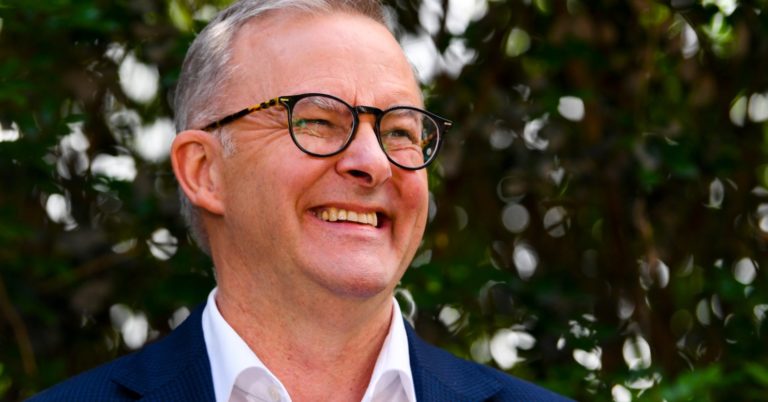 The Opposition Party may only be called exactly that for another five weeks if Anthony Albanese has his way and wins government.

We haven’t had a Labor government since 2013 (that’s three years of Labor losing at the polls, but who’s counting?) Their loss in 2019 left the Party battered and bruised, with the plenty of reasons later put to their defeat like too many ambitious policies, the death tax being weaponised against them and of course Clive Palmer throwing millions into an advertising campaign against them.

But Labor is stepping back up to the pitch, this time under the leadership of Albanese.

But what will they do if they win government?

One of the big things Labor has promised to do is pour billions into fixing aged care.

We all heard about how bad this sector was in the Royal Commission into Aged Care (think: wounds left open and untreated, residents being chemically constrained etc) and then how much worse it got because of COVID-19.

The Coalition has promised to enact a lot of recommendations of the Royal Commission… eventually.

Labor’s policy is to do a lot of the same stuff, just faster.

The main thing they want to do as early as next year – a full 12 months before the government would get to it – is ensure there’s a registered nurse in every aged care home 24/7.

Some concerns have been raised in terms of workforce, but Labor says it will also be paying for a 25 per cent wage rise for aged care workers that will make the job more attractive. This could cost as much as $4 billion a year, and hasn’t really been committed to as explicitly by the Coalition, which supports some kind of wage rise but won’t say how much or who would pay for it.

Changes to seeing your GP

You may have heard of this one because it was announced just earlier this week.

Labor wants to trial 50 “urgent care clinics” which are intended to serve a purpose somewhere between a GP and an emergency department.

This is aimed at reducing the huge pressure on the hospital system and will be implemented with $135 million in funding over four years.

The policy has attracted some criticism because it looks a little similar to Kevin Rudd’s plan for 65 “super clinics”, only 33 of which were built.

The Albanese government says the key difference with their plan is the clinics will be located in buildings and infrastructure that already exists, rather than being built from scratch like Rudd’s super clinics.

Given Labor founded Medicare, it’s pretty proud of this fund and is always keen to make it even better when in government.

Basically, Labor would change the rules to allow regional and outer metro communities to recruit more doctors of their choosing – both locals and overseas trained GPs.

At the moment there are a number of rules about how recruiting depending on the area a clinic is located in, and Labor is keen to make that more flexible.

This is another one the government has a policy on, but Labor just wants to do it better.

While the Coalition has committed to pouring in $1.7 billion into reforms that would benefit low-income families with two or more children, Labor is more ambitious with a $5.4 billion package that would benefit a whole lot more people.

We’re talking 90 per cent of the population.

Basically, Albanese said it would lift the maximum childcare subsidy rate to 90 per cent for families from the get-go i.e. from kid number one.

As well as helping achieve gender equality by making childcare more affordable for most of the population Labor has also committed to improving the lives of women more broadly.

This includes things like offering 10 days of paid and domestic violence leave, improving consent education and a commitment to close the gender pay gap.

The Coalition may have finally committed to net-zero by 2050, but it hasn’t changed its mid-term targets, that is for a 26 to 28 per cent reduction by 2030.

Labor is aiming to really beat them in this area, with a commitment to achieve 43 per cent emission reduction.

It says this transition to a low emissions future will create not cut jobs, with its plan “powering Australia” laying out how it will upgrade the electricity grid, invest $3bn in green metal production and invest in more batteries to store that clean green power.

Labor has set a goal to grow the tech industry workforce by an additional 340,000 by 2030, bringing the total number of people in the sector to 1.2 million.

The way it will do this is through 465,000 fee-free TAFE places and an extra 20,000 university places focusing on high priority areas such as tech.

It will also support the creation of new firms and jobs by helping Australians commercialise ideas through an initiative called Startup Year.

Labor is keen on domestic manufacturing, much like the government.

Their plan to do it is a little different, with a huge $15 billion national reconstruction fund to be implemented if they are elected.

The funding would be given as loans or equity investments to Australian businesses that want to start or upscale their manufacturing domestically and would eventually pay that money back to make the fund a self-sustaining financial vehicle.

A Federal Anti-Corruption Watchdog to be legislated in 2022

You may have heard about this uproar that the Coalition hasn’t managed to pass a federal integrity body, as it promised to do at the last election.

It says that’s because Labor won’t support it. Labor says its model isn’t a good one, and the government was too scared to bring on a debate about it and let parliamentarians discuss the legislation.

To show up the Coalition, Labor says that if it gets into government it will legislate an integrity commission before Christmas.

And its model will do things the Coalition’s doesn’t, like hold public hearings and be able to investigate corruption retrospectively.

If there are some things that we haven’t talked about here that you’re wondering about, like perhaps refugee policies and national security, it’s because the two parties are very much holding the same line on these issues and neither has announced any new policies for those areas.

So yes, boat turnarounds and offshore detention will still happen under both parties. And neither will change the defence spend or the AUKUS deal for nuclear submarines.