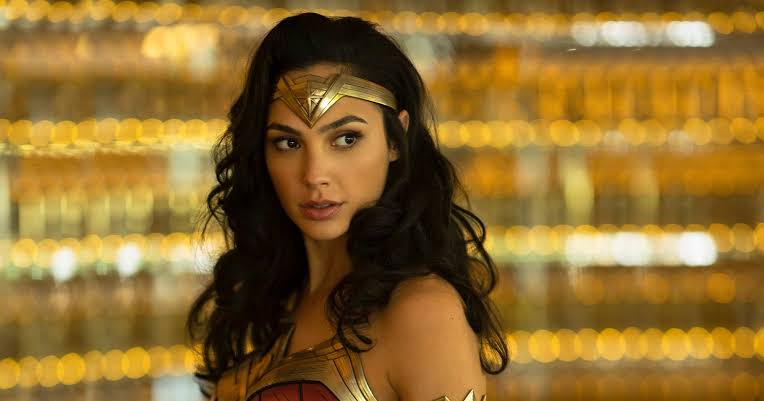 Netflix Australia June 2021: What To Watch

Netflix Australia May 2021: Everything New To Watch

A big name, blockbuster superhero movie is hitting our screens for the first time this year.

Does Wonder Woman’s return give us a good excuse to get back to the movies with a face full of popcorn?

From the first frame of WW84 I was absolutely struck with how vibrant, colourful and how full of joy it was. The DC Comics film slate has finally shed the grim-dark tone and aesthetic and let their comic book films, you know, be comic book films again. WW84 wears that 80’s period setting on its sleeve with all the tragic fashion, colours, and music you’d expect. It’s a a little over the top, a little cringe and a whole lot of fun. The change in hue combined with a dash of the tone of the classic 70’s TV show really gives you a fun Wonder Woman that wouldn’t be out of place next to the original Superman films.

Gal Gadot is back being the absolute most beautiful person ever and is the perfect combination of bad ass, tough, warm and hopeful that makes Wonder Woman who she is. Going from the more gritty and gladiatorial style of her last few appearances Wonder Woman is just so much more superhero in this one. A lot more fabulous and acrobatic in her battle and movement. Gone are the sword and shield and we’ve gained a lot more lasso whipping, swinging and punching. The kid in me was definitely grinning.

Thanks to a little magical shenanigans and handwaving the equally stunning Chris Pine is back for another round as dreamboat pilot Steve Trevor. Their dynamic is flipped on its head from their first foray with Steve being the fish out of water in the modern world which brings some good chuckles. Their chemistry and dynamic brings a little dash of romcom and heart to the film.

Our villains this time around are the so hot right now Pedro Pascal as businessman bad Maxwell Lord and the always delightful Kristen Wiig as mega dork Barbara Minerva (turned femme fatale Cheetah). Pascal has the time of his life hamming it up and chewing scenery. Think Reeves Superman era Lex Luthor meets Gordon Gekko. Power and excess to a tee. Although that does give us the classic problem of a villain that cant actually go toe-to-toe with our hero, That’s where Wiig comes in. She plays the nerd slowly gaining power, sex appeal and confidence pretty darn well it’s just a shame it’s capped with her final transformation to Cheetah being a little too “Cats” and a little too forced. So close.

WW84 doesn’t hit the heights of the first film (Well the heights of the stellar first 3/4, anyways). It’s.. not horrible or even bad by any means but certainly not exceptional. The cast is great in their roles, the overall tone and period setting are a blast too. It just somehow isn’t the sum of its parts. We do get a fun little standalone adventure with that does its own thing without trying to set up 25 other movies. That in itself is refreshing.

WW84 is a fun bit of popcorn chewing fun. Bright, fun and a little cheesy and definitely worth seeing on the big screen. We’re in a rare spot here in Perth where we can go to the movies and see a film like this safely. Take advantage of it! Heck, sitting in air conditioning and looking at Gal Gadot and Chris Pine for a couple hours should be enough of a selling point on its own!

There’s a fun little mid-credits scene well worth your time, by the way. Make sure you stick around. There were a fair few cheers in our screening.