7 Crazy WA Beers For The Dare Devil In You 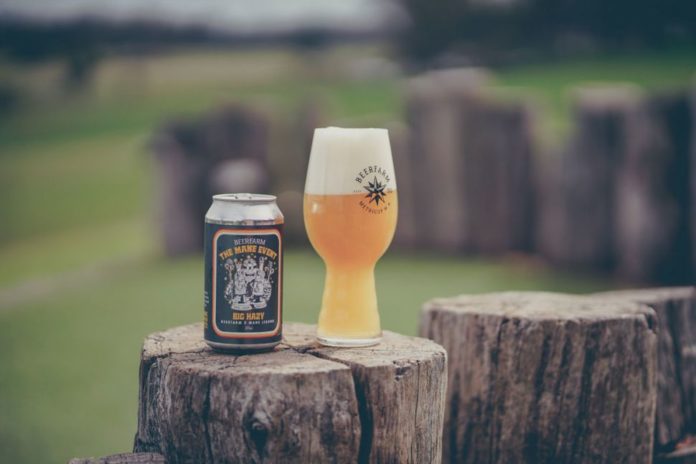 Game On: The 15 Best Sports Bars In Perth

West Australian breweries are known for pumping out quality brews and these 7 WA beers might just be some of the most interesting out there.

Look, we’re pretty partial to an easy-drinking, thirst-quenching lager in the So Perth office. They just work so well on a long and sunny summers’ day (our favourite kind of day). But, sometimes, you just fancy something with a little more guts or, say, some squid ink. While our WA breweries have some solid core ranges on the go, it’s these out-of-the-carton, sometimes limited edition WA beers that have currently got our attention.

This juicy XXPA from the boys at Shelter Brewing Co has been plumped up with something not often seen in beer: black squid ink. The surprisingly red-hued (not black-hued) beer is Shelter’s first foray into limited release beers; a foray inspired by head brewer, Jason Credaro’s, childhood memories of fishing for squid off the Busselton Jetty. Its dominant flavours are citrus, pine, and stone fruit, all blended perfectly with a little bit of that briny ocean flavour.

Available only at Shelter Brewing Co

If ever there were to be a president of winter, our vote would go towards Rocky Ridge‘s Pillow Talk. Built on a rich, chocolate-laden Irish stout base, this ‘after-dinner mint in a can’ is finished with a dry-hopping and a good dose of fresh spearmint and peppermint flavours. Though sucking back a beer right after you’ve brushed your teeth is quite possibly the worst flavour sensation to have ever existed, we’re pretty damn confident that this minty, malty, stout is a banger.

Just when you thought beer couldn’t get any better, the crew at Beerfarm went and teamed up with LS Merchants to bring you a wine beer. Well, it’s a Shiraz Weiss, to be exact. The 2021 Shirazzaweiss is actually the fourth iteration of the annual brew, this year made with 3 tonnes of Shiraz grapes picked from Treeton Estate vineyard in the Margaret River region. Expect earthy raspberry flavours cut with that tart Weiss finish.

The guys at Running With Thieves had us hooked at ‘whisky’ and managed to reel us in with that cheeky Tom Cruise reference. Basically, Whisky Business is a sour we want to be drinking. Bursting with the flavours of passionfruit, orange, and melon, and giving off that distinct warmth of a whisky sour, this beer means business (non-risky).

Get it freshly canned from the brewery.

If a Corona and a wedge of citrus go together like a cheese and wine, then Mash Brewing‘s Lemon Lime Cheesecake IPA is a match made in heaven. There’s just something so good about beer finished with a good dash of citrus. But, what makes this brew a little bit ‘crazy’ is the addition of lactose in the fermentation process and a touch of vanilla at the end. The result? A tasty dessert beer with a deliciously creamy mouthfeel (mmmm, malolactic ferment. Yum yum).

Available from Craft Cartel for $7.75 a can

We’re throwing you a bit of a curveball here because, while this isn’t technically a beer, the Spinifex Brewery

Advertisement
Geraldton Wax Ginger Beer is well worth the mention. A) everyone loves a ginger beer (if you don’t, we’re very sorry). B) This is a ginger beer like no other. As the name suggests, this spicy, bitey, carbonated delight is boosted with the subtle citrus flavours of the native Geraldton wax flower. It still delivers all those warm, deep flavours you’d expect of a boozey ginger beer, just with a uniquely West Australian twist.

Bonus: grab yourself a six-pack and you’ll be directly supporting a part-Aboriginal owned company.

Order a 16-pack directly from Spinifex Brewery for $47.18

A collaboration with Short Order Burger Co, this experimental sour has distinct fizzy orange sherbet and cola bottle lolly flavours to it, all rounded off with a subtle tart finish. It’s like all of our childhood dreams have come together in one clean, succinct, and adult way.