Hard Border Is Up: WA Snaps Shut Border To Victoria 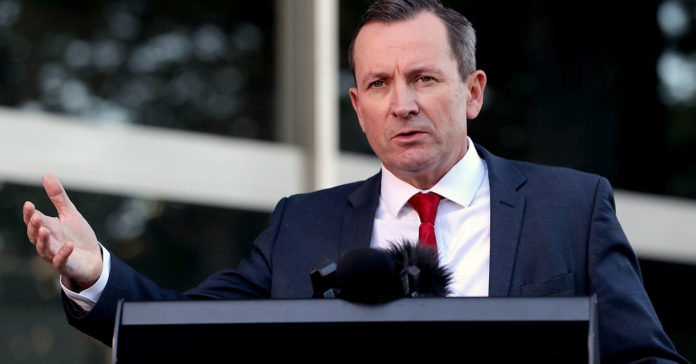 While delaying a hard border over the last few days, Mark McGowan today confirmed WA’s border to Victoria would close.

It comes as the Victoria enters a seven day lockdown.

Have any other states done this?

Why did McGowan wait?

Mr McGowan did put some restrictions in place earlier this week for Victorian travellers.

Under those measures, anyone who arrived from Victoria had to go into isolation before returning a negative test.

The Premier was criticised for changing his tactics with this outbreak, after closing the WA border to States with clusters much less worrying than the one currently growing in Victoria.

While he said the move was “consistent” with previous restrictions, Mr McGowan today upped the ante and officially closed the border, after seven people in WA were revealed to have been at exposure sites in Melbourne.

What does it mean?

The closure means Victoria has been designated a medium risk jurisdiction.

As such, anyone who has been there since May 16 will not be allowed into WA.

Western Australians who are just returning home will be permitted entry, but must complete 14 days self-quarantine.

What’s going on in Melbourne?

Melbourne is going into lockdown at midnight tonight, which will last until June 3.

It follows 12 new COVID-19 cases being confirmed in the community.

This brings the total number of active cases to 34.

There are now 80 exposure sites in Melbourne, with anyone who has been to one urged to get tested immediately.