The Best Spots For Christmas Drinks In Perth 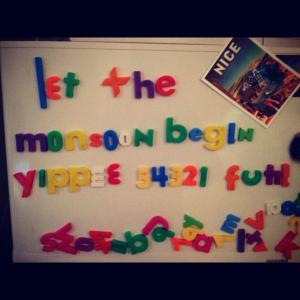 Let it rain down! July, the month of sobriety has come to an end, welcome Wet August. Nowadays though, with the proliferation of booze-free charity initiatives, a third of the year could be dry: Parched March, Dry July, Ocsober and Remember December. The all-or-nothing sobriety movement is gaining momentum, the “straight edge” culture born out of the hardcore punk scene in the late 1970’s is growing and alcohol consumption per capita in Australia is at it’s lowest level (9.7L per year) since 1962-63 (though recent studies dispute this). But is our Australian culture of casual alcoholism really changing? Catching up for ‘a drink’ rarely means a soda water and, like our general approach to alcohol, ‘a drink’ is a very casual affair. Committing to a Tinder date that is more than a beverage risks enduring mind-numbingly boring dinner conversation or worse, “I don’t want to sound like a chauvinist but…” (true story).

The time seems ripe then to release a movie that addresses Australia’s casual alcoholism; Ruben Guthrie was released on July 16, a time when willpower starts to shake as the novelty of a month of sobriety wears off. Ruben Guthrie is an ad man, a party boy creative director who lives a charmed life fuelled by booze. After breaking his arm on a booze-fuelled bender, his model fiancee leaves him. If Ruben can do a year off the drink, she’ll give him another chance. The film is based on the experiences of its writer and director, Patrick Brammall and his year of sobriety. And whilst Ruben’s experiences are interesting, of greater interest is the response from his friends, parents and colleagues. Sobriety? Inconceivable, pushing the boundaries of social acceptability and decidedly damaging to Ruben’s creative edge in the opinion of his boss.

Ruben’s account, whilst fictional, rings true with my own experiences of advertising. At age 20 I started in my first ‘proper’ adult job, as account coordinator in an advertising agency in Perth where the booze fridge was well stocked (and then emptied every Friday). Moving to Auckland and starting at a large multinational agency, in-house alcohol consumption was commonplace EVERY DAY of the week – I remember well the Wednesday afternoons where I would sit with a glass of wine on my desk before scurrying off to a dance class at the gym (what a combination of highs!). And it wasn’t just alcohol; plenty of ‘creatives’ would disappear at lunch and come back a lot more ummm, relaxed.

The use of substances to enhance creativity is nothing new; drugs, alcohol, caffeine. Research has emerged that drinking (a little) at work can actually enhance creativity – the study determined that drinkers hit their ‘creative peak’ when their BAC (blood alcohol content) hits 0.075 per cent. Where there’s a niche, there’s quickly a product to fill it: say hello to The Problem Solver, a beer that makes it easier for drinkers to hit their creative peak. The tag line? “Finally, you can drink to solve problems.”


What problems? Who knows but hey, now you can drink to solve them because a beer slogan and #science legitimises alcohol’s self-medicating properties.

The correlation between solving problems and drinking is made fairly clear in a recent study published in the British Medical Journal; those who work more than 48 hours per week are more likely to drink to excess. Working between 49 and 54 hours per week increases the propensity for risky drinking by 13 percent, and working upward of 55 hours, by 12 percent.

“Drinking is a fast and easy way to shake off work. That’s where the problem comes,” said Cassandra Okechukwu, an assistant professor at Harvard School of Public Health in Boston. “We have defined it and call it risky alcohol use. We aren’t paying as much attention to that as we pay to the definition of alcoholism. We need to pay more attention.” – Source: Australian Financial Review

This is not to say that we’re all drinking at horrendously excessive levels – only some of us are lawyers (JOKES, sorry lawyers).

Most of us, at some point, can admit to having a few too many. Hello hangover! And god, they get so much worse as we age – or maybe we just value the next day more than we did at age 18. Hangovers are rarely fun unless they’re shared, because it’s always nice having company to “roll over and have sex with”. Hangover sex, according to Cosmopolitan, is “the way forward” because understandably, it (temporarily) alleviates the horrible feeling of a hangover – though in a recent conversation, a girlfriend refuted this claim (“Sex is the LAST thing I want, bacon and eggs please!”). Each to their own.

Apart from the physical ills – headache, upset stomach, thirst, food aversion, nausea, diarrhoea, tremulousness, fatigue – there’s also the emotional turmoil of the morning after. Sometimes, despite making mostly good choices the night before, for some reason we tend to feel a bit shit about life. Can’t sleep despite being oh-so-tired yet not actually feeling physically ill? Low level anxiety. Irrationally doubting the interactions you had the night before? Same thing.

“When that ineffable compound of depression, sadness (these two are not the same), anxiety, self-hatred, sense of failure and fear for the future begins to steal over you, start telling yourself that what you have is a hangover. . . . You have not suffered a minor brain lesion, you are not all that bad at your job, your family and friends are not leagued in a conspiracy of barely maintained silence about what a shit you are, you have not come at last to see life as it really is.” – Source: The New Yorker

To alleviate all these unfortunate side effects of alcohol there’s a myriad of supposed hangover cures, from tripe-based soups in Mexico, Puerto Rico, Turkey and Greece to ‘hair of the dog’ – champagne breakfast anyone? All of these methods work on the principle of distraction, according to Canadian researcher Manuela Neuman – the effort required by the body to process these substances, distracts from the uncomfortable reality of the hangover. Us humans are pretty good at finding distractions and transferring the pain to another thing. Ruben Guthrie goes from near-alcoholism to near-nymphomania.

All the things that alter our feelings through changes in brain chemistry are attractive to most humans for whatever deep-seated reason; be it ingesting a substance (alcohol, illicit drugs, prescription drugs, caffeine) or through activity (exercise, yoga, sex, meditation). All of these things require something else – a substance, another person, a physically-able body – except meditation. Hence it would make sense after all, that to change the mind, we start with the mind instead of going about it in a roundabout kind of way. But as one of the young chaps on Australians On Drugs

said during the live broadcast, “[Young people] are frustrated and on the weekends, they just want to go out and do something to make themselves feel good.” Band-aid solution much?! Emotional shit shovelling or making actual change in your world? That is hard work, it takes commitment and time and Gen Y typically aren’t the most committed of generations. It is no wonder then, that Australians aged 15-19 have a daily alcohol consumption almost double (7.1 standard drinks) that of adults (4.3 standard drinks).

So do we have drinking problem here in Australia? That’s a sensitive question, one that we’re very uncomfortable talking about as a nation. Drinking is intrinsic to much of our socialising – new migrants moving to Australia are warned online that, “social drinking is a very important part of Australian culture” – but it doesn’t have to be. A quick Facebook poll of my friends found many non-drinkers; these people who chose sobriety for a variety of reasons, are ordinary, normal people. They just don’t drink alcohol. Like Ruben Guthrie, these friends who made a change in their drinking habits had faced disapproval from their friends and family. Whose problem is it really then?

In defence of alcohol, good wine tastes amazing (I could quite happily give up all other types of alcohol) and can be a wonderful luxury to share with friends. But these days I’m buying half-bottles because, living in a house-share where we’re rarely at home together, if I open a bottle it usually spoils before I drink the rest of it. Because I value the next day too much now.

Alcohol, like most things, isn’t inherently good or bad. It’s how we consume it, how we revere it and how we abstain from it that matters. And just once in a while, let your inner 4 year old ask the question; “Why am I drinking?”

All things in moderation. Frequently. Go and see the movie.