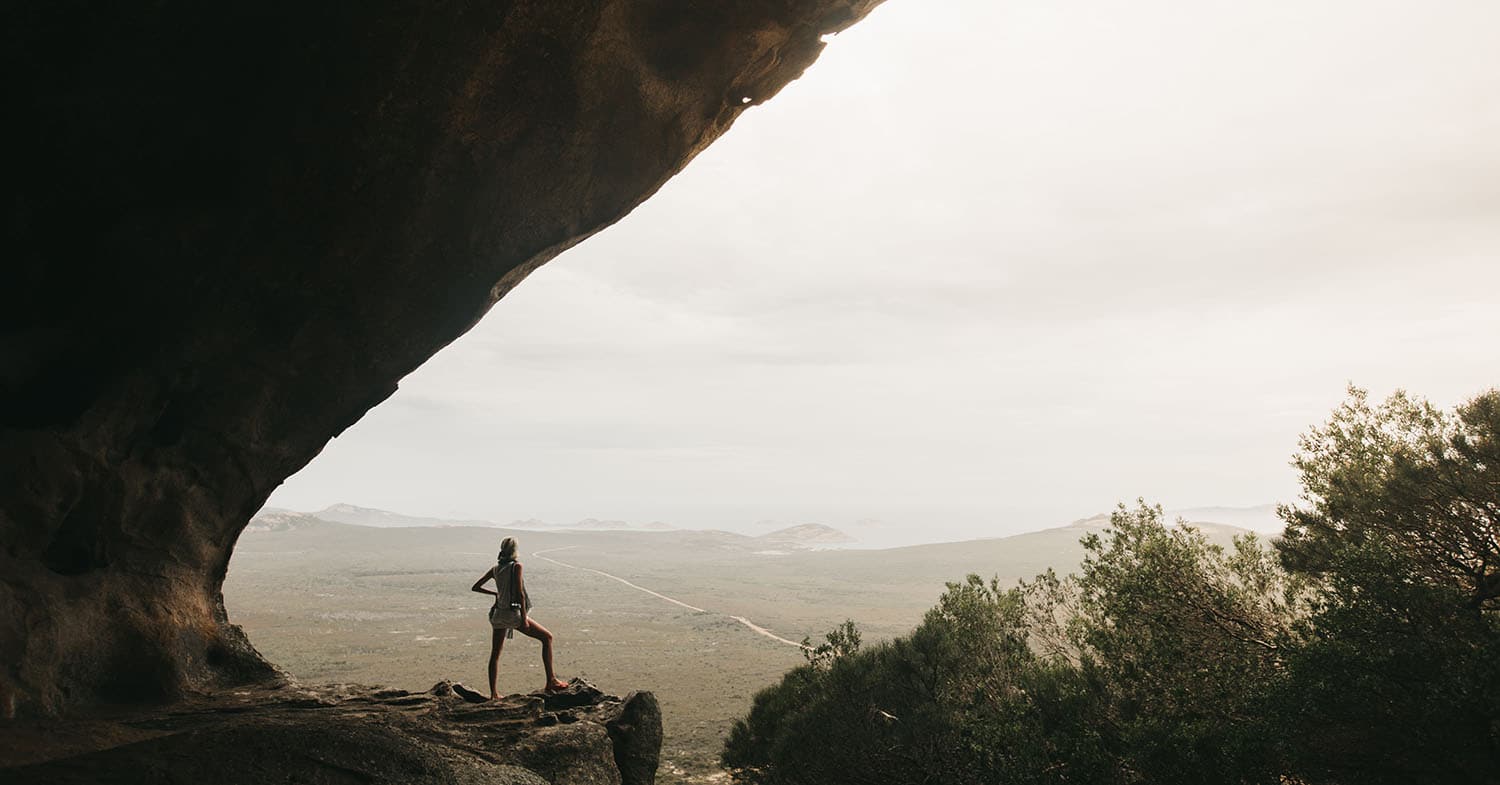 No Filter: The Most Instagram Famous Spots In Esperance

As if Esperance needs any filters. In and around Esperance presents so much varying natural beauty, from its ‘50 shades of blue’ coastlines to places rough around the edges (Frenchman Peak), making it a photographer’s playground.

Follow in the hops of its famous beachside residents, kangaroos and head to Esperance’s most scenic locations worth the multiple Instagram feed feature.

Forgive us for the pun, but you would soon realise how lucky you are when you step foot onto Lucky Bay.

It boasts the spectacular contrast of being Australia’s whitest beach with heavenly blue waters that glisten. Surprisingly, this is not just its unique selling point as its famous skippy residents – kangaroos – are the ones that lure beachgoers. Mix swims with ‘kangaroo photobombs’ as kangaroos are found along the squeaky, glittering sands of this sheltered bay off Cape Le Grand National Park.

Woody Island is WA’s answer to the Galapagos Islands; only a 40-minute boat ride away from Esperance. This stunning state nature reserve is one of the 105 islands making up the Recherche Archipelago and the only island to feature woodlands. Besides its woody namesake, it also attracts a wildlife population being home to white-bellied sea eagles, dolphins, sea lions and seals. It also has a small kangaroo population.

The star of the sky at Cape Le Grand National Park is Frenchman Peak. Si belle! The summit is within easy reach for moderate climbers however one can expect to stop more than half a dozen times on route as the scenery is unparalleled, with Esperance famous white coastline the Southern Ocean and beyond in view. Get the camera ready for those epic natural frame shots as there is a large cave towards the peak and is thought to have formed by ocean currents over 40 million years ago when Cape Le Grand National Park was mainly under sea level.

Get in the bliss out zone at Twilight Beach. No filter is required for the beach’s turquoise waters, pearl white sands and rocky headland. Go camera happy under the water, take a picture from the waters’ edge or get your drone high to enough to capture the full scale of the area’s most idyllic beach.

Esperance may be known for its whitest of all sands however it also a land of towering sand dunes to rival Lancelin.

The sand dunes are located nearby Wylie Bay and only accessible by 4WD. Make a day of it by unleashing the inner daredevil by hopping on a sandboard or partake in a tour with Esperance Eco Discovery Tours to get wild along the dunes for that epic shot.

Esperance has a Stonehenge you may ask? Crazy enough, it does. Yes we have own very Stonehenge right in our backyard w ith this exact to-scale replica (and complete) located just a 15-minute drive outside of Esperance (if hoping on a plane to England sounds like too much effort!)

This is the only life-size replica of the original Stonehenge in the UK and is modelled on what it would have looked like around 1950 BC. It is built with 137 stones of Esperance Pink Granite that were quarried less than a kilometre away. The place is a magical spot come winter and summer solstice in Esperance. For Summer Solstice (22nd December), the sun aligns with the Station Stones and beaming through to the altar stone. The same alignment appears in reverse for Winter Solstice (21st June) making it a special moment to capture for the gram’.

There’s so much more to explore in Australia’s Golden Outback – discover your road to Esperance at roadtoesperance.com.

This is a sponsored post for Australia’s Golden Outback – endorsed by So Perth. We value your feedback so please contact us with any thoughts in regards to our sponsored post. Thank you for supporting So Perth and our sponsors.