We Drove A Tesla On A Road Trip: Now Road Trips Will Never Be The Same 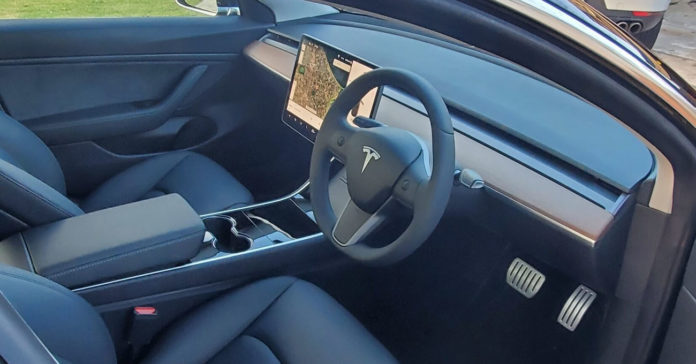 Tesla hire in Perth is a thing and now road trips are changed forever.

Recently I was lucky enough to be invited to talk about Chatbots in tourism at Tourism Council Regional Tourism Conference in Geraldton. So instead of jumping on a plane or driving my own car 4 hours north, I thought why not see if there is a way to hire a Tesla?

Can you hire a Tesla in Perth? Yes you can and it is very easy to do so and yes it was damn amazing.

I reached out to the team at evee Australia’s electric car-sharing company to enquire about getting behind the wheel of a Tesla for a Geraldton road trip.

Also at the end of this post is a special surprise!

Firstly, I was surprised to see just how many options there were for hire, making it easy enough to choose the model I was after (something long-range obviously) and the dates I required the hire for.

My choice of Tesla

Once I had placed my booking I was almost instantly contacted by Matthew to organise the pick up time and also find out a bit more information about my trip.

During the pick up session, Matthew went through all the features and the ins and outs of the Tesla making sure I was full-bottle on how to get the most out of my experience.

The car was in perfect condition and when you first take a seat in the Tesla you realise just how ‘un-car-like’ the dash of the car is with everything car related running through the screen as opposed to a dash with 50 different knobs and buttons.

After about 15 minutes on running through the how to drive a Tesla checklist, I was ready to get behind the wheel and head off on my own.

The drive… OMG the drive

Once I figured out how to turn it on, turns out what is normally an indicator on the right of the steering wheel is where you move it up and down to put the Tesla into reverse or drive. This was the only thing Matthew didn’t mention – which lead to a couple of laughs when I asked him how do you actually ‘turn it on’.

When driving a Tesla there are a couple of things that take a while to get used to – but make the experience that much better.

Is this thing on

For one the car literally doesn’t make a sound, so when you are driving off for the first time you are actually wondering if it is actually on.

When you are near the Tesla and you have the key, the Tesla is on and ready to go.

You only need one pedal

The other feature which took a while to get used to but I missed instantly once I hopped back in my standard car was one-pedal driving.

One pedal driving? Yep, gone are the days of having to use an accelerator and a brake pedal like the common folks.

With the Tesla when you take your foot off the accelerator the car automatically begins to brake which in turn charges the battery. Given that Tesla’s can pretty much drive itself the car will continue to break until it comes to a stop.

You of course can brake manually if you wish to do so.

Most cars today have a touch of self-driving with cruise control and the ability to set a distance between the car in front allowing your car to then maintain that safe distance. While Tesla can do the same it also takes self-driving to the next level with autonomous driving.

While driving the Tesla in ‘Autopilot‘ I was able to change lanes and take slight bends without having to touch the steering wheel.

Both of which was a very weird but amazing experience.

As a side-note though the Tesla will alert you after a few minutes to touch the steering wheel just to make sure you are still paying attention while you are driving.

How fast are Tesla’s?

Is it as fast as they say? Yep!

The instant and what felt like continuous acceleration in the Tesla was unbelievable. You actually get thrown back into your seat when putting you foot down.

This also made overtaking cars a breeze when reaching overtaking lanes.

But what about charging?

The biggest knock on electric vehicles is what if you run out of charge? Where can you charge and doesn’t it take forever to charge?

The first answer is that you have to put a little bit more planning into your trip than you would normally. Thankfully there is an app for that.

Plugshare is an EV charging station map and you would be surprised at just how many places you can charge up your Tesla in Perth and the surrounds.

While we had 460km of estimated range for the trip and Geraldton was a 420km drive from our starting point, we didn’t really want to risk the chance of running on empty.

All this meant is that we scheduled in a planned stop at Jurien Bay Caltex to stretch the legs, grab a bite at the bakery and recharge the Tesla.

The charge wasn’t free but at the same time, it was cheaper than filling up half a tank with fuel. To charge 50% it only cost $25 and took around 30-45 minutes.

As an added bonus our accommodation The Gerald had a Tesla charger on site – which meant that when we went to leave the hotel we were fully charged and good to go. Definitely keep that in mind for future Tesla trips.

The trip itself actually added to the fun of the mini-holiday and would no doubt add to any road trip. Given how long we spent in the car there and back it makes sense that you would also want to have some more fun and experiences on long road trips.

As they say half the fun is getting there.

Everything you’ve heard about Tesla’s being awesome is in fact true.

And lastly, obviously I want a Tesla now.

Win a Tesla for a day

While we can’t afford to give away a free Tesla…we have however partnered with evee to give one lucky Perth punter a free Tesla hire for a day.

Want $25 off your first Tesla hire

Use my code ADAM3065 at checkout and get $25 off your first electric car rental at evee.

I was a guest of evee – views and opinions are my own.

Get inspired with further WA travel inspiration on SoPerth.com.au.