Why Perth is The Worst City in the World 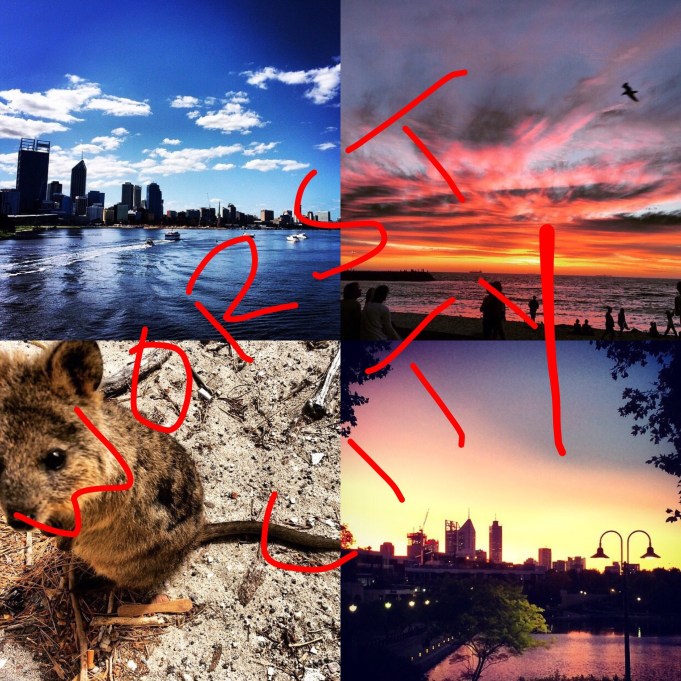 Why Perth is The Worst City in the World

Let this be a warning to you, “rest of the world” – never come to Perth. Ever.

It totally sucks here…. “The pimple on the right cheek of Australia,” Paul Keating was once quoted as saying. (fake quote)

You’re well advised to avoid the outrageously long-flight needed to get here. Save your money and head to Adelaide or the other Australian Perth.

Not only is Perth the second most isolated ‘capital city’ on planet Earth, it’s a terrible place to visit and ESPECIALLY to live. The people, the geography, the food, weather, the lifestyle, basically everything about Perth is just the worst.

Presenting, the worst city in the world.

There are no good beaches to be found in Perth.

The beaches have clean white sands, pristine waters, mesmerising surf and romantic, life changing ocean sunsets. Sights that are simply not worth seeing.

There are far too many sexy people in Perth.

Not only is Perth home to some of the sexiest people known to man, there are far too many of them here. So many so, that we have to ship them off the Hollywood or to model in cities like Paris or Milan.

It’s Sunny, All The Time

Perth is the sunniest ‘capital city’ in the world.

The city is also by far the sunniest major city in Australia (in your face Queensland) – averaging about 8 hours of sunlight per day across the year. Vitamin D deficiency problems? Not here. Worst city ever.

They are from the Swan River. That’s in Perth.

Hate the idea of living in a city where you can see Dolphins basically every day?

You will want to avoid Perth at all costs.

In the Swan River, pods of dolphins roam, chasing schools of fish, right next the the city skyscrapers. Not even.

Perth has the worst best cultural events ever.

#GiantsofPerth? WTF? Perth International Arts Festival? Fringe World? What a waste of time and money. Who needs to be inspired, to bring people together in peace and harmony? Worst city ever.

Pretty much everyone in Perth is ridiculously good looking and famous.

There’s this guy, from Warnbro in Perth’s south. Never heard of him.

Allergic to gold? you will hate Perth with a passion.

The home of gold in Australia – the ‘Perth Mint‘ is the world’s oldest still operating from its original premises.

The early history of colonial Perth and Western Australia is pretty much built on migrants coming here to strike in rich with gold.

Hate working in teams? Stay out of Perth.

In 2014, all 2 million people in Perth (maybe only 200 but I don’t do math) worked together to save a man who forgot to ‘mind the gap’ at Stirling Station. It made news around the world. Perth sucks dude!

When It Rains (which is like, never) People Become Confused

It pretty much never rains in Perth. But when it does, it’s like a 1950’s Gene Kelly movie.

The top story on the 6pm news, live breaking news crosses all day to the Weather Bureau; office workers stop what they’re doing & stare out the window for hours.

Perth’s genuinely bad drivers become even worse! And roads flood immediately as there are no trained council workers to make storm water drains.

The World’s Most Successful Sports Teams

Pretty much every Perth team competing in any national sports league is kicking arse.

If you dislike humans, Perth is hell on Earth.

Perth is home to some of the world’s best medical scientists and doctors, helping cure disease and saving people’s lives like, so casually. Professor Barry Marshall (he won the Nobel Prize!), Dr Fiona Stanley, Professor Fiona Wood are the most famous. But who cares, Perth is a terrible place.

First Wolverine trained in Perth at WAAPA – now he’s the greatest actor to have ever lived. Perth is the worst!

Perth has a f&*($ng secret garden that nobody knows about.

If you dislike generous, friendly people then stay the hell away from Perth.

For example, take Telethon. Perth invented the concept (copied by TV networks world-wide) back in the 1960’s.

$180 million bucks has been raised since 1968, funding one of the most successful child health research institutes in the world, plus countless other charities, NFPs and foundations.

Man Perth is so terrible.

If you hate craft beer, direct your anger at Perth.

The city is probably responsible for the current micro-brewery boom across Australia.

Forget the Barossa or Napa Valley, Chile, France, Spain or whatever.

The best wine is produced right here in The Swan Valley and south to the Great Southern and Margaret River regions.

Perth is terrible because we have all the best seafood in the world.

If you hate the idea of great fishing or snorkelling to catch $100kg lobster, you don’t want to be here. Worst city ever.

Hate the thought of being anywhere near hot people?

All this sunlight and good living has made Perth people hot. Like a Trinidad Scorpion Butch Taylor pepper at the Freo Chilli Fest, Perth people are way too hot for out of towner’s to handle. So just don’t even come here at all.

People in Perth Are Rich (Mostly)

There are more self made millionaires per-capita in Perth than any other city in the world.

So you hate cool stuff? Don’t bother with this town.

Melbourne can go away now because Perth is home to the best street are you have ever seen.

Want to see more? //www.streetsofperthwa.com have you covered.

If you hate getting drunk in the classiest way possible, stay out of Perth.

Perth’s small bars are all pretty new, but just about the best in the world. Varnish on King is Australia’s best (they also have bacon) and there are many kick-ass bars teaming all over the place theses days, thanks to recent de-regulation. Sucks to live in Perth.

All our latest news on Perth eats and drinks

Dislike food? Perth is not your town.

There are more restaurants per-capita than any other city in Australia.

This means you will quite likely starve to death because you have too many options. Also, there are no good restaurants in town. Especially Nobu, Rockpool, Print Hall and Restaurant Amuse. You should never go to these places.

Having to put up with cops that are funny… no thanks.

Kings Park is pretty much the worst idea Perth ever had. Expect to experience families enjoying picnics and frisbee, romantic dates, long-walks, the feeling of being deep in the Australian bush. But you won’t ever be visiting because Perth sucks balls.

Just Quokkas, all the time.

Quokka Selfies all the time.

So there you have it, Perth really is the worst city on Earth. In the world even. You have been warned.

Argue with me – why isn’t Perth the worst city in the world? Tweet me at @RyanNorthover & @TweetPerth using #PerthWorstCity